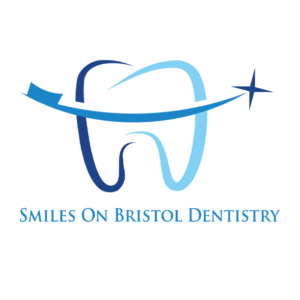 Saturday
By Appointment Only

Gingivitis is caused by plaque deposits that are on the teeth. Plaque is a sticky film that build up on your teeth that contain bacteria. The bacteria in the plaque causes tooth decay and gum disease. Plaque that is not removed turns into calculus and that irritates the gums, causing them to become infected, swell, and tender. Plaque isn’t the only thing that causes gingivitis, certain infections also cause gums to swell and become red. Poor oral hygiene, uncontrolled diabetes, and misaligned teeth can also raise the risk of gingivitis. The hormonal changes in pregnancy can also affect the gums.

In your dental exam your dentist will look for the following conditions, bleeding gums, swelling, and pocked depth. The pocket depth is the space between the gums and tooth, the bigger the pocket the more severe is the periodontal disease. Caries and teeth alignment are also important conditions your dentist will look for. Gingivitis can be treated at home with brushing and flossing daily to remove any plaque that’s on the teeth. Professional teeth cleanings are also a way to treat gingivitis, correcting misaligned teeth, and using antibacterial rinses can help with gingivitis.

Gingivitis can be prevented by brushing and flossing daily. Our Santa Ana Dentist Dr. Danial Kalantari of Smiles on Bristol Dentistry recommends a check-up every six months. Antiplaque toothpaste and mouth rinses are also a good help to prevent gingivitis. If you would like to schedule an exam with your dentist in Santa Ana, Dr. Danial Kalantari please feel free to contact our office of Smiles on Bristol Dentistry. Contact Us

We look forward to welcoming you and your family to our comfortable, state-of-the-art dental office. We have equipped our practice with advanced technology that allows us to provide many complex dental services, all under one roof, but we have not forgotten what it’s like to be a patient. With sedation options, digital diagnostic tools, and minimally invasive laser treatments, our goal is to make dental visits as comfortable as they are effective and low-cost.

Email: Email For An Appointment